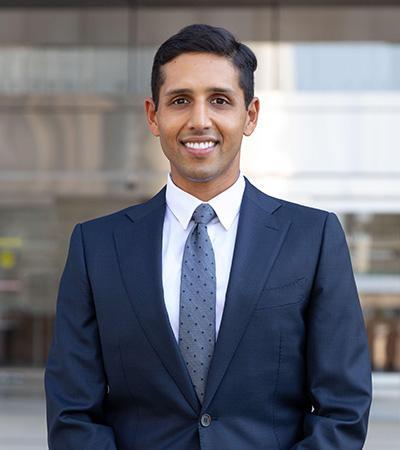 After earning his undergraduate degree at the University of Maryland, Dr. Haqq completed medical school at Eastern Virginia Medical School in Norfolk, Virginia. Dr. Haqq continued his training in vascular and endovascular surgery at the University of Alabama, at Birmingham, where he was able to train under the leadership of nationally recognized vascular surgeons. His practice encompasses the full spectrum of vascular surgery, focusing on minimally invasive treatment of complex venous and arterial disease.

As an Assistant Professor of Surgery at Cedars Sinai Medical Center, Dr. Haqq leads the vascular surgery education program for the surgery residents. He has numerous awards, including Los Angeles Times Super Doctor: Rising Star for 2022 and Pasadena Magazine’s Top Doctor for 2021 in Vascular Surgery. He holds membership in the Society for Vascular Surgery and the American College of Surgeons.

In his spare time, he enjoys running, traveling, and spending time with his family.

Kindly call our office, should you have any questions or concerns.